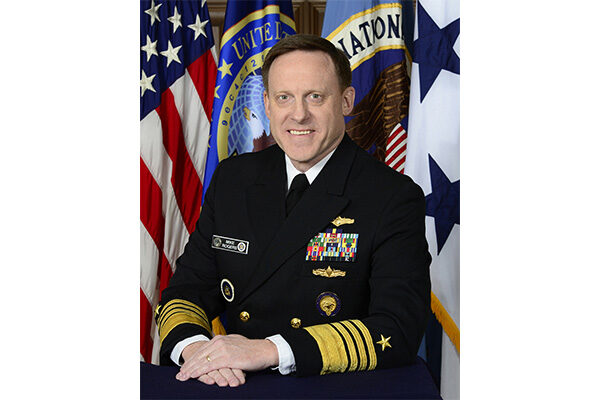 Admiral Rogers served as Director of the National Security Agency (NSA), Chief of the Central Security Service, and Commander of the Cyber Command. He served under Presidents Obama and Trump, overseeing the NSA and Cyber Command responses to both the Snowden leaks and Russian interference in the 2016 elections.

Admiral Michael Rogers retired from the U.S. Navy in 2018 after nearly 37 years of naval service, rising to the rank of four-star admiral.  His career culminated in a four-year tour as Commander, U.S. Cyber Command and Director, National Security Agency – creating the DoD’s newest combatant command and running the U.S. government’s largest intelligence organization.  In those roles, he worked with the leadership of the U.S. government, the DoD and the U.S. Intelligence community, as well as their international counterparts in the conduct of cyber and intelligence activity across the globe.  He also assisted in the development of national and international policy with respect to cyber, intelligence and technology – including extensive work with corporate leadership in the finance, IT, telecommunications and technology sectors.

During his broader service in uniform, Admiral Rogers held positions afloat and ashore around the globe, focusing on cyber, intelligence, maritime operations and national security.   His joint service was extensive, including duty with the Chairman of the Joint Chiefs of Staff, U.S. Indo Pacific Command and U.S. Atlantic Command.  In addition, he commanded at the unit, Numbered Fleet and service component levels in the Navy.

Rogers is a graduate of Auburn University and also holds an M.S. in national security.  He is a distinguished graduate of the National War College and a graduate of highest distinction from the Naval War College.   He is also an MIT Seminar XXI fellow and a Harvard Senior Executive in National Security alum.

Rogers is currently supporting companies in the private sector, serving as a member of various boards or acting as a senior advisor.  He also speaks globally to various business and academic groups and is working internationally in the cyber and national security arenas.   He is a senior fellow and adjunct professor with Northwestern University’s Kellogg School of Management’s Public Private Initiative and a member of the advisory board of the Australian American Leadership Dialogue and NATO’s Cooperative Cyber Defense Center of Excellence. He is also a member of the United States Naval Institute Board of Directors.

Your ticket for the: Adm. Michael S. Rogers (Ret):
Understanding the Threat of Cyber Warfare to American Government, Business, and its Citizens.