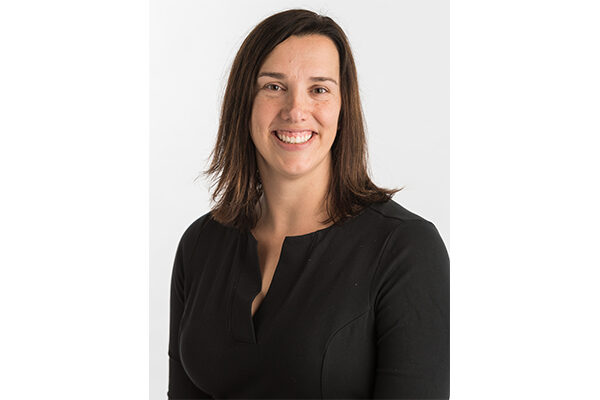 Dr. Carr is a professor of law at the University of Michigan. She advocates for the rights of human-trafficking victims by developing legal solutions that address the issues of coercion and victimization. She has established clinics in Brazil, Ethiopia, and Mexico and appears on The Today Show, MSNBC, and NPR. She led the Immigrants Rights Project and was awarded a Marshall Memorial Fellowship to study human-trafficking issues in Europe.

Professor Bridgette Carr is the associate dean for strategic initiatives at the University of Michigan Law School and a faculty affiliate at the Center for Positive Organizations at the University’s Ross School of Business. She has dedicated her career to advocating for the rights of human trafficking victims and advancing comprehensive domestic and international anti-trafficking policies. Her work focuses on driving paradigm shifts in the way human trafficking victimization is perceived and addressed, as well as helping reintegrate victims by developing legal solutions that address the complex issues of coercion and victimization around compelled service and its aftermath.

As the founding director of the University of Michigan Law School’s Human Trafficking Clinic, the first clinical law program solely devoted to addressing this issue comprehensively, Professor Carr, her colleagues, and a new generation of trainees have provided free legal services to victims since 2009, supporting the wide-ranging needs of men, women, and children, both foreign nationals and U.S. citizens, who have been victimized by a range of trafficking crimes. Using the U-M clinic as a model, Carr is working with university partners around the world to develop similar programs to combat human trafficking and train law students and has helped establish university law clinics in Mexico, Ethiopia, and Brazil to broaden the network of legal experts who can address the issues of compelled service that transcend international borders. She is the lead author of the first casebook on human trafficking law and policy, which examines the cross-section of criminal justice, civil and human rights, immigration, and international law that frames these issues.

Carr regularly provides human trafficking training to law enforcement, government officials, and health care providers, as well as consultations to state and national authorities on the issue of human trafficking. She is a member of the Michigan Human Trafficking Taskforce, a collaborative effort to identify and rescue victims, prosecute offenders, restore victims, and educate people in Michigan about human trafficking, in both sexual and labor exploitation. In 2013, she was appointed to Michigan’s first Commission on Human Trafficking by Attorney General Bill Schuette. She has also served as a consultant to the United Nations Office on Drugs and Crime (UNODC), the UN agency focused on criminal justice for victims of human trafficking and migrant smuggling. She has appeared as an expert on human trafficking on The Today Show, MSBNC, and National Public Radio and has been quoted in The New York Times and many other news outlets.

Your ticket for the: Professor Bridgette Carr:
Immigration and Women As Trafficking Victims