Joshua Horkey was born in Windom, Minnesota, in 1976 to creative parents who promoted his art skills throughout his youth.

He attended the Fashion Institute of Design and Merchandising in Los Angeles (1994) and Minneapolis College of Art and Design (1999) before settling in Southern California in 2001 to continue his career.

Shortly thereafter, he created and launched Generica, an art-focused clothing line that was acclaimed as a considerable success. Generica disbanded after many seasons of production, international distribution, press recognition, and notable gallery shows.

Joshua spent time in Seattle in 2008 designing clothes for Nordstrom and began traveling the world and developing his artistic process. His most recent move, in 2011, brought him to Florida, where he is focusing entirely on the creation of fine art. In his artistic endeavors, he draws upon his extensive experience and success in the fields of fashion, photography, and graphic design.

Currently, Joshua uses reclaimed materials as a surface on which he adds multiple layers of imagery, type, and texture. He creates mixed-media representations that evoke intuitive understanding. Taking post-war comic images as a focal point, though out of context, gives his work a sense of familiarity and homogeneity. The themes involve introspection and the often-polarizing feelings that induces.

His diverse life experience, as well as his education and professional acumen, allow Joshua to create his art with infinite curiosity and a steady focus.

Joshua currently works and lives with his family in southwest Florida. 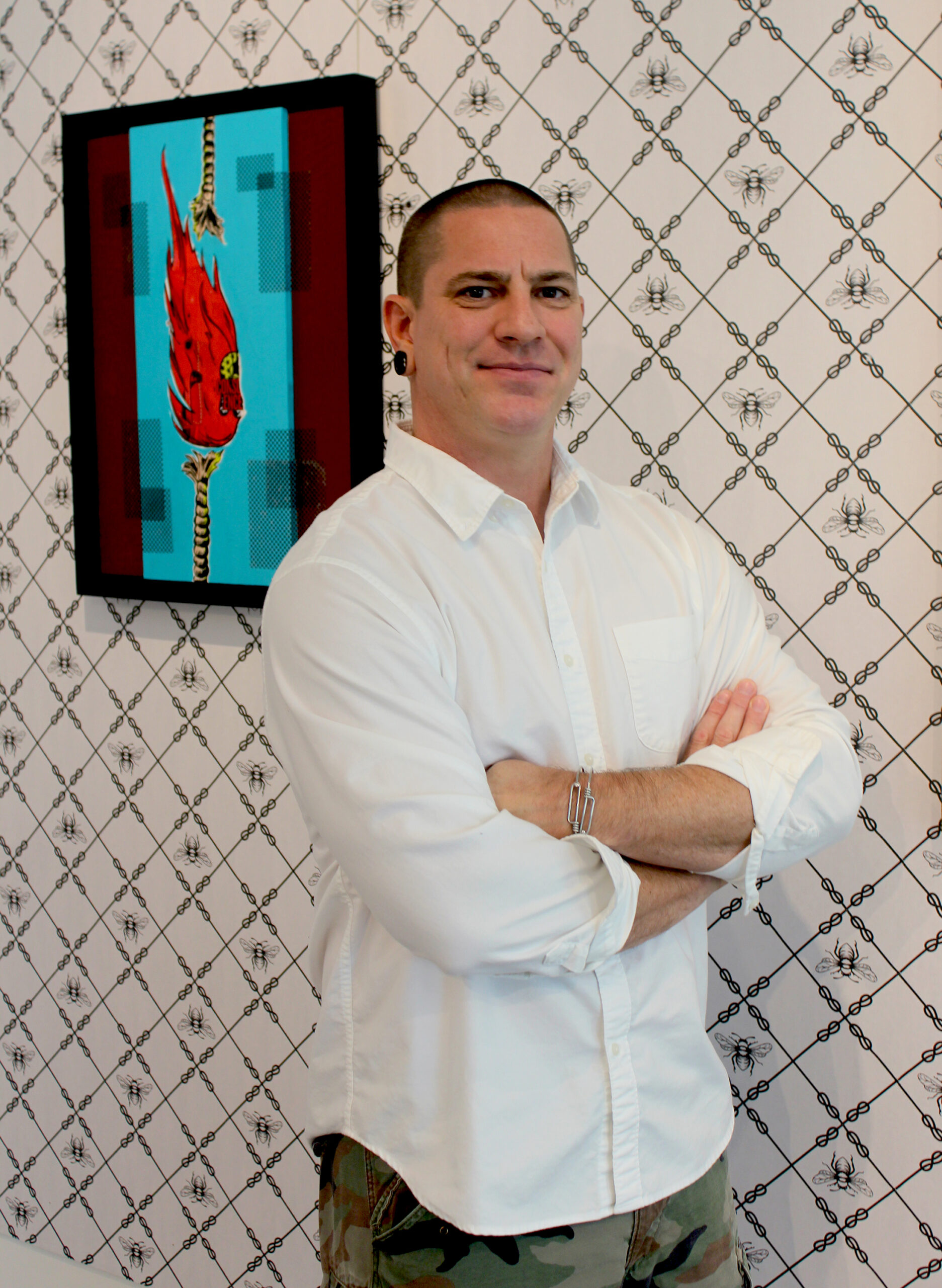 Your ticket for the: Joshua Horkey: Fight or Flight